We are proud to introduce the reference object in which the Kampmann Katherm HK floor convector fan and the Venkon floor fan convector are installed.

We were extremely pleased to have the opportunity to collaborate on this exceptional project with the top 3LHD architectural office.Thank you for your trust.

Read on for some information on the Urania project below, and take a peek at the photographs by Jure Živković.

The old Urania cinema is one of the many cinemas built in the early 20th century located in the urban blocks of the entire lower city of Zagreb. The opening of large multiplex cinemas has led in recent decades to the gradual disappearance of these old movie theaters, which, neglected and empty, have begun to decline.

Urania is located in the back of the block on Kvaternik Square. Although built in 1939, the entire structure is very well preserved, along with all the supporting columns, the main arches in the large hall and all the ceilings. Ceilings are a special example of the first concrete structures with longitudinal narrow structural ribs from this period. That fine example of early concrete technology engineering was worth preserving and restoring.

In spite of its age, the former cinema building had good predispositions to reconstruct its new purpose and become a public and office space. Three of the four existing volumes were retained in the reconstruction: the former cinema entrance area and ancillary offices, a large lobby with a three-story ceiling height and a main cinema hall. The new volume represents a glass pavilion that previously served as an entrance to the cinema. The biggest challenge was to transform the space of the former cinema hall, a basilic cross-section with a nine-meter-high medium-sized nave and two three-meter-wide lateral naves without a natural light, into a functional work space. The nine-meter-long medium-sized boat is divided into two floors. The lower floor is provided by the conversion of the side yards of the cinema hall into the outer atriums. Upstairs the light was brought over the roof, the entire length of the hall was glazed with a width of three meters.

Most of the original structural materials have been retained with minimal interventions - original brick walls, raw plaster, concrete on floors and ceilings; while all new equipment is made of three materials - oak for floors and spruce veneer and raw steel for wall cladding and interior joinery.

The new Urania will contain a public space for various workshops, lectures and similar cultural events, as well as several office spaces. A polyvalent public space equipped with multimedia and a small grandstand is connected to a bistro with a patio and a roof terrace. In the future, it will be the meeting place of the local cultural and business community, and a venue for numerous events such as educational workshops, presentations, exhibitions, concerts, screenings, etc. 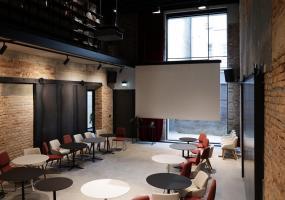 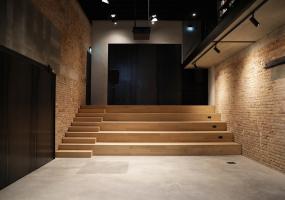 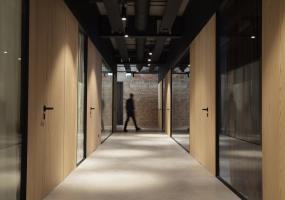 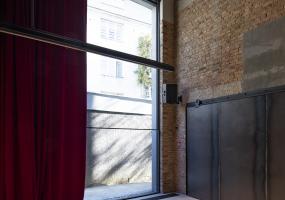 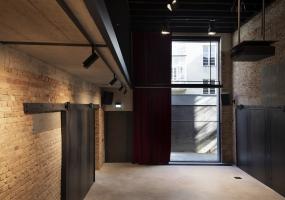 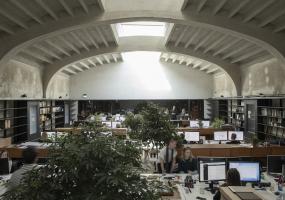 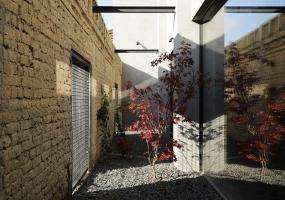 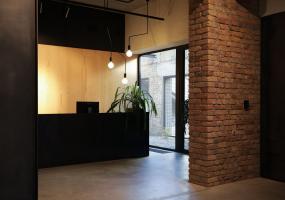 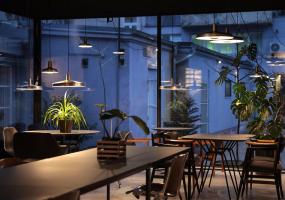 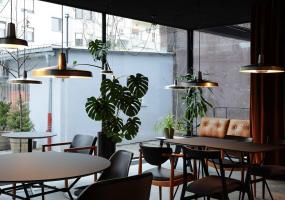 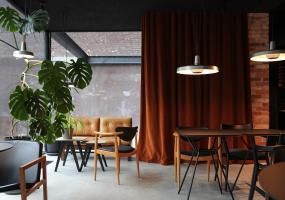 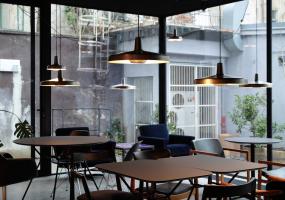 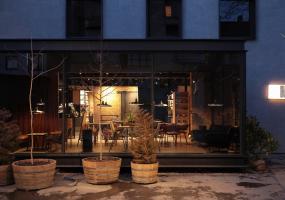 TDC is a croatian company with its headquarters in Zagreb, Croatia and a branch in Germany. We deal with elevator installation, distribution of heating, cooling and ventilation systems as well as planning and supervision. The company was founded in 1990 and has since expanded its activities regularly. Our work began...